GSI was the principal financial adviser to Mittal Steel in connection with its 2006 takeover of Arcelor and the subsequent merger of the two companies in 2007 to form ArcelorMittal. Loches alleges that Mittal directors and other parties conspired to carry out a dishonest scheme under which the shares of certain Arcelor minority shareholders were exchanged for shares in ArcelorMittal at an artificially deflated Share Exchange Ratio (SER) which did not reflect the fair value of those shares. In particular, Loches alleges that the conspirators interfered with the production of the independent auditors’ reports required under Luxembourg law to effect the merger and, in doing so, committed acts which were unlawful under both Luxembourg law and English law.

Loches had produced draft Particulars of Claim pleading an inferential case that, if there was a conspiracy, GSI must have been part of it.  By this application, Loches sought disclosure of 3 categories of financial documents relevant to GSI’s opinion as to the fairness of the SER for the Merger, and the correspondence to and from GSI concerning the auditors’ report produced for Arcelor.

The application was opposed by GSI on a number of grounds including that Loches’ intended claim is time-barred, that pre-action disclosure would not serve any useful purpose and that Loches’ requests for documents were excessive.  GSI also invited the Court to refuse pre-action disclosure on the basis that the case was not outside the “usual run”, that Loches’ evidence on its standing to sue as an assignee was weak and that the application was being pursued for an ulterior purpose.

The Court held that the “threshold” requirements of CPR r.31.16(3) were met because the arguments deployed by GSI did not demonstrate that it would be bound to win a strike out on limitation grounds and that disclosure before proceedings has started is likely to be desirable in this case for each of the three alternatives required by CPR r.31.16(d). The Court also held that the fact that Loches is in a position to plead a claim without the pre-action disclosure would not of itself be fatal to the application.  In deciding to exercise its discretion in favour of Loches, the Court held that Loches is seeking limited categories of documents which are as sharply focused as they can be given the documentary material which is currently available to it. The Court observed that GSI ought to have liaised and co-operated with Loches with a view to reaching agreement on search parameters such as the identity of custodians, the appropriate keywords and the correct date ranges.  The application therefore succeeded in relation to all the categories of documents sought by Loches.

The application was heard remotely on 16 -18 June 2020 using Opus 2’s Electronic Hearing Platform supported by their Electronic Presentation of Evidence (EPE) service. Judgement was handed down on 27 August 2020. The full judgement can be found here. 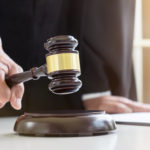 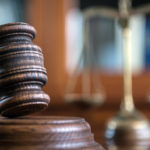 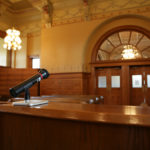