An immersive and addictive insight into loot box regulation – Gaming or Gambling?

Alongside gaming in general, the Esports industry has grown exponentially in recent years. It's not unusual for titles like Epic Games' Fortnite to rake in billions in annual revenue, and there are also reports of some Esport tournaments drawing more viewers than the Super Bowl. Make no mistake, this is big business and gamers aren't the only ones watching. Game developers have been so successful in maximising engagement and revenue that political bodies have begun to question whether certain statutory protections are necessary. The most recent development comes in the form of The Immersive and Addictive Technologies Report (IAT Report), published in September 2019 by a bipartisan parliamentary committee called the Department for Digital Culture, Media and Sports. The IAT Report commented on the current practices and trajectory of Esports and social media platforms but was especially damming of one particular aspect of game development which has already seen bans in Belgium and Japan – loot boxes.

The use of loot boxes is, essentially, a revenue optimisation mechanic used by developers. Rather than allowing purchases of specific digital items, developers offer gamers the chance of receiving that item through the purchase of randomised content bundles called "loot boxes". This model can be found in most AAA titles but is particularly useful for the thousands of free-to-play app and independent game designers who rely on in-game micro-transactions. Some developers will follow the 'traditional' model of charging an upfront fee for their games (typically in the region of £40-£50 for a new title – even more if you want the 'special edition' which might include extras like downloadable context or 'in-game' currency to spend) and will also look to monetise post-sale through loot boxes and other DLC (downloadable content). Although used by many developers some, like EA, have attracted particular notoriety of late. Ultimate Team was particularly criticised by the IAT Report; this is a game mode within EA's annual FIFA (soccer) title, where in-game success is heavily dependent on loot boxes (players can buy packs of digital cards to collect randomly selected soccer players to use as a part of their team – think sticker albums for the 21st century). Evidence was produced that some players spend thousands of pounds annually on such in-game transactions yet face extremely low chances of receiving desirable rewards and cannot transfer their content to each new FIFA iteration. The IAT Report suggests that these monetisation models could lead to over-spending by vulnerable people. However, greater concern was placed on the financial and psychological similarities between loot box purchases and gambling.

The World Health Organisation's classification of Gaming Disorder in 2018 has caused many political bodies to review their approach towards immersive and (potentially) addictive platforms. The IAT Report in particular places great importance on the long-term wellbeing of loot box purchasers. Concerns were raised regarding developers profiteering from the predispositions of vulnerable problem gamblers and that loot box purchases at a young age could facilitate migration to more conventional forms of gambling addiction. But can buying a loot box actually be considered gambling?

The IAT Report proposes that loot boxes are "games of chance" under section 6 of the Gambling Act 2005 (GA), on the basis that there is a chance of receiving a prize of money's worth. Should this be accepted, UK gambling offences could apply and fall under the jurisdiction of the Gambling Commission. In particular, under section 46 of the GA a person, in this case the developer, commits an offence if they invite, cause or permit a person under the age of 18 to gamble. The fundamental question arises as to whether loot box rewards can be considered "money's worth". The UK Gambling Commission itself previously stated that loot box purchases do not meet the legal definition of gambling because the rewards cannot be monetised, although they do prosecute platforms which facilitate betting on loot box outcomes. Could this definition be too narrow? The requirement of money's worth ignores the subjective perspective of the players to whom these items have behaviour-influencing value and that players are demonstrably willing to pay real money for the chance to acquire these items. It is also possible to indirectly monetise in-game content by selling ownership of accounts which have acquired valuable items, however, the lack of developer endorsement for real-world trading has kept the Gambling Commission at bay thus far.

Now it is over to either the Gambling Commission to accept responsibility or, perhaps preferably, for Parliament to put forward more bespoke legislation. Some countries, like Belgium and Japan, have responded by banning the use of loot boxes and forcing developers to use considerable resources removing the mechanic. Parliament might decide not to react so harshly but there are certainly controls and protections that could be adopted such as the mandatory disclosure of reward probabilities or higher PEGI age ratings. Although age-restrictions on online transactions are notoriously difficult to regulate perhaps loot box purchases could be limited to debit/credit card transactions that already implement age-restriction policies. In the meantime, though, it appears concerns about addictions on digital platforms are gaining momentum and developers should ensure they are cautious before implementing monetisation methods which may be regulated in the near future. It may be worth considering alternative monetisation models such as in-game advertising (product placement is becoming more popular) or purchases which aren't randomised. Most importantly of course, developers should stay up to date with the rapidly changing legal landscape of gaming, Esports and social media platforms and seek professional advice before committing to long-term business models in this space. 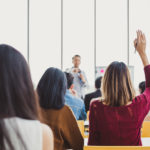 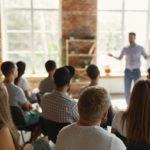