The entire agreement clause (or whole agreement clause) is one of the most important boilerplate clauses. It has received extensive analysis by the courts and has been frequently subject of litigation.

The general approach of the courts has been to construe entire agreement clauses strictly. The Court of Appeal in AXA Sun Life Services Plc v Cambell Martin Ltd and Others stated that if a party wants to effectively exclude liability for some representation or other, a clear statement to that effect will be required. As such, a standard approach to drafting these clauses has been adopted. Typically, an entire agreement provision comprises an entire agreement statement declaring that the documents in which it appears, and any document referred to therein, contain the totality of the parties’ bargain. It may also include provisions which seek to prevent claims for misrepresentation such as:

Courts have been interpreting entire agreement clauses in the context of the contract as a whole, in line with the case of Wood v Capita, where the Supreme Court found that contractual provisions cannot be interpreted in isolation. In consequence, despite the strict interpretation approach under AXA Sun Life v Campbell,  in NF Football Investments Ltd v Group Holdings Limited the High Court found that when considering the context of the contract as a whole, an entire agreement clause may exclude liability for misrepresentation even if there is no express reference to misrepresentation. This highlights the dangers of relying on a rigid approach to the interpretation of standard boilerplate clauses without consideration to the rest of the provisions under the contract. A party to an agreement shall be mindful in any event when relying on representations made by another party, whether these take the form of correspondence, discussions, negotiations, promises or otherwise, in so far as such representations are not expressly contained within the agreement. Equally, it is risky to rely on the courts taking a more holistic approach in interpreting standard boilerplate clauses, and it is safer to include the full standard entire agreement and misrepresentation claims exclusion clause in order to avoid potential disputes.

Recent caselaw has confirmed that an entire agreement clause in a contract will not prevent terms from being implied into it by the courts. Implied terms have been regarded as an unexpressed part of the contract itself (as opposed to a collateral warranty or a pre-contractual representation). Terms can be implied in different ways including, amongst others, by statute, by custom or usage, or by reason of business efficacity. An example of the later is the case of Hipwell v Szurek, where the court held that a term could be implied where it was necessary to give business efficacy to the contract. The lease in question failed to contain an express provision stating which party was responsible for the exterior of the premises or their electrical supply. As such, to ensure that the lease did not lack commercial or practical coherence, the Court of Appeal stipulated that there was a “plain and obvious gap” in the lease and implied a covenant on the part of the landlord to ensure the electrical supply was safely installed and covered by any requisite certificate. Accordingly, if the parties wish to exclude any specific implied terms within an agreement, they must do this expressly and shall not attempt to rely on the entire agreement clause for this purpose. It is important to use express, clear and concise language in relation to the types of implied terms which the parties may be seeking to exclude.

Entire agreement clauses must also be reasonable under the Unfair Contract Terms Act 1977. If the parties are both commercial entities and the contract is made in a commercial context, it is unlikely that an entire agreement clause excluding liability for pre-contractual representations would be deemed unreasonable. This may be the case even where one of the parties is much larger than the other, provided that the smaller party is used to dealing with such agreements.

For further information and assistance with your commercial agreements, please contact our Commercial and Technology Team. 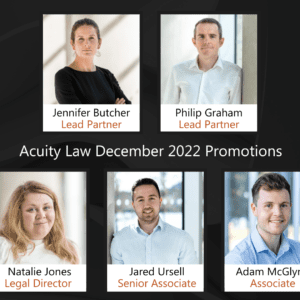