The Ministry of Justice has officially scrapped proposals to use the Atlantic Hotel in Porthcawl as a centre for female offenders.

Acuity acted on behalf of a number of Porthcawl residents, against the Ministry of Justice, who was represented by planning consultants Cushman & Wakefield.

Local resident Mark Davies commented “Many thanks to all at Acuity, I truly believe the fact that we showed we were organised, along with the fast response from Acuity and your unrivalled reputation did truly have a bearing on the final outcome.”

Initial plans to use the hotel as a residential shelter for women convicted of low-level crime was met with great concern in the local community as they had received no prior consultation or notice.

The Atlantic hotel was one of a number of locations in Wales shortlisted for the centre which also included the Sunnyside development in Bridgend, and Willow House in Newport.

Many residents and local politicians were opposed to the plans to use the Porthcawl and Bridgend sites for the service, arguing it would damage the local economy, increase local crime rates and drain public resources.

Council Leader Huw David said he previously contacted the MOJ objecting to both sites being used in Bridgend county borough because it is “absolutely the wrong place” for the service.

“Not only are we already home to South Wales’ largest prison, we also feature Wales’ only youth offending institute and medium-security facilities for people with complex mental health needs,” he stated. “Despite this, the area does not receive the level of additional resource or funding required for delivering the kind of essential support associated with such facilities.”

Jamie Wallis, Conservative MP for Bridgend, also commented he is “pleased that common sense has prevailed in Porthcawl” noting that there was “a lot of anxiety” in the community about this proposal. Wallis added that he is “really grateful” that local councillors, Senedd candidates and residents “came together to help get us the right result”.

Hugh Hitchcock, leading Partner from Acuity’s litigation team said “We are delighted and proud of the outcome in this matter for Porthcawl, its local residents and businesses. It is a testament of the hard work and support from the community, in particular the group led by Mark Davies and local councillor Sean Aspey. We are very grateful for the positive feedback the team received.”

“I am very happy for all of us concerned to see such a positive script. The prompt end result achieved by Acuity, and consequently much lower than expected legal costs, enabled the residents fundraising efforts to make a larger than expected donation to the RNLI and Sea cadets.” – Nigel Evans, Nigel Evans Property Group.

“I will be eternally grateful for you leading us on this with such a good team of solicitors – I think you and I know without them we would have had a different result.” Paula Luke, Luke Properties.

For further details or advice on any topics raised in the article, please contact our litigation team. 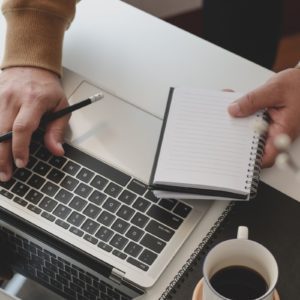