Flight of Fancy: Will it take off?

Development Consent Orders, Judicial Review, and the continuing tortuous and uncertain path towards (maybe) a third runway at Heathrow Airport

In my article following the judgment of the Supreme Court in the case of R3 (oao Friends of the Earth Ltd and Others) -v- Heathrow Airport Ltd [2020] UKSC 52 which was handed down on 16th December 2020 , I concluded with some questions which need to be addressed before any of us can know whether or not the controversial 3rd runway proposal for Heathrow Airport (“R3”) will in fact ever be built.  As I explained in that article, the Supreme Court’s judgment only determined that the Airports National Policy Statement (the “ANPS”) was lawful.

The question of whether R3 will proceed will in due course be decided in accordance with government policy, including its policy as set out in the ANPS unless the ANPS is withdrawn or superseded by a revised version.  What the Supreme Court did not do (indeed, as a matter of law it could not have done) was to determine whether R3 should proceed.

As R3 would be a Nationally Significant Infrastructure Project (“NSIP”), unless there is a change in law or policy, or in the commercial need/justification for R3, the next step for its promoter would be to apply for a Development Consent Order (“DCO”) under the National Infrastructure Planning Process.

But could there be changes which mean that R3 may never be delivered? And what might those changes be?  Let’s consider some of the reactions to the Supreme Court’s judgment.

Unsurprisingly, Heathrow Airport welcomed the judgment.  In a statement following judgment it stated, “This is the right result for the country, which will allow Global Britain to become a reality.”

Some members of the Climate Change pressure group known as Extinction Rebellion protested at the Supreme Court (see, for example, Paint is thrown at Supreme Court as ban lifted on Heathrow runway ).

The day before the judgment however, Bloomberg had published an article headlined “Heathrow Waits on Court Clearance for Runway It No Longer Needs”, referencing the collapse in travel caused by the pandemic, and questioning the need for R3.

A few days after the judgment, on 19th December 2020, a headline in The Guardian declared that “Ministers face legal challenge over Heathrow airport plans” referencing a possible further legal challenge being considered jointly by The Good Law Project and noted environmentalist, Dale Vince (founder of the green energy company Ecotricity).  The solicitors for The Good Law Project, and Mr Vince, Hausfeld & Co LLP, have now published what is effectively a letter before action to the Secretary of State for Transport the Right Honourable Grant Shapps MP (the “SoS”).  The letter (it can be found here: 2020.12.18 – [redacted] – Letter to the SoS – Airports NPS.pdf ) is dated 18th December 2020 and it asks the SoS to:

The letter explains the reasoning behind these questions, and it makes clear that if the SoS fails to suspend and review the ANPS, then The Good Law Project and Mr Vince will bring judicial review proceedings.

So, at least some of the uncertainty about whether R3 will eventually be built may be resolved by the SoS’s response, or by the legal proceedings which seem likely follow if he fails to respond.

COVID-19 Vaccination – How Employers Can Prepare 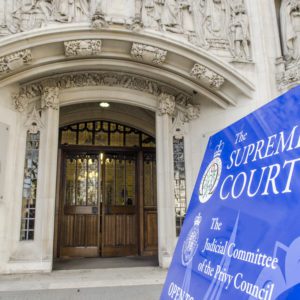