Rejecting a job applicant because of the perception that a health condition could affect their ability to carry out the day-to-day activities associated with the role in the future constitutes direct disability discrimination. This was confirmed by the Court of Appeal last month in the case of Chief Constable of Norfolk v Coffey.

Coffey was a police officer in the Wiltshire Constabulary suffering from bilateral mild sensi- neural hearing loss with tinnitus. The condition had been discovered during her application in 2011. Although the hearing loss was not considered to be a disability under the Equality Act 2010, it did fall below Home Office Medical Standards for Police recruitment and Coffey was asked to undertake a functional hearing test assessing functional disability. She passed the test and the hearing loss did not impact her ability to carry out normal day-to-day activities in the job.

When applying for a position in the Norfolk constabulary in 2013, Coffey disclosed her condition and her functionality results from Wiltshire. A medical advisor recommended that she should take another 'at work' hearing test but this was not offered and her application was rejected by the Norfolk constabulary because of the risk that she would not be able to carry out the job to the required standard as her condition worsened.

Coffey brought a claim against the Norfolk Constabulary at the Employment Tribunal, arguing that they had directly discriminated against her because of her perceived disability. The tribunal upheld her claim, finding that Coffey had been directly discriminated against and that this equated to a breach of the Equality Act 2010. The tribunal awarded Coffey over £26,000 in compensation and the Norfolk Constabulary appealed to the Employment Appeal Tribunal (EAT).

The EAT upheld the ruling of the tribunal and noted that Coffey had been treated less favourably because of a perceived disability, despite there being no material difference in her circumstances or abilities. Therefore, the statutory definition of direct discrimination was satisfied as Norfolk constabulary perceived that the condition could render her unable to carry out day-to-day activities in the future.

Last month, the Court of Appeal upheld both of the previous decisions and stated that there was no requirement for a police officer to have particularly acute hearing. Lord Justice Nigel Davies argued that Coffey had adequately performed her role in Wiltshire and it would therefore be unlawful to deny her a role carrying out the same duty in Norfolk. As they had perceived that Coffey had a progressive condition, the Norfolk constabulary should have treated her as disabled following the Equality Act 2010 and in not doing so they were perpetrators of perception discrimination under section 13 of the Equality Act 2010.

The Norfolk constabulary failed to follow Home Office guidance and medical advice which had recommended an assessment of Coffey's abilities to perform the role in question. If they had followed this advice they would have avoided directly discriminating against Coffey and also avoided costly litigation. This case therefore highlights the importance of following correct procedures and medical advice in relation to any disabilities or conditions that prospective employees may have. It also showcases the importance of carrying out assessments rather than making assumptions about the any conditions an applicant may have and any impact they could have on the day-to-day activities carried out in the specific role.

For more information, please get in touch with Claire, Mark, Rachael or Rebecca in our employment team. 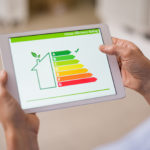 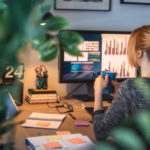 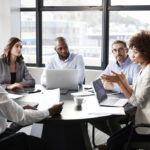